A cryptocurrency is a form of virtual or digital currency that can be used to pay for services or products or to trade for profit. The fact that an unregulated currency is traded for profit, sometimes in significant volumes, drives prices up, which is why finance experts warn for a near-future collapse of a speculative bubble. At present, some 10,000 virtual currencies are publicly traded, the most common types being Bitcoin, Cardan, Ethereum, NEO, Steller, and Ripple.

Is Cryptocurrency a Speculative Investment?

Demand for alternative currencies has grown over the past couple of years, mainly because of the significant volume of money printed by central banks. Money printing drives interest rates down, and more people are willing to borrow and make large purchases. At the same time, a low-interest environment means less profit for speculators trading traditional investment instruments, making them look for profits elsewhere. On a macro level, companies such as MicroStrategy, Tesla, and Galaxy Digital Holdings have significant bitcoin portfolios. Analytics platform MicroStrategy uses bitcoin as its main reserve asset, currently holding over $3 billion. Individual investors are increasingly using fintech apps which have made it easier to trade cryptocurrencies.

There has been a lot of hype around bitcoin but investors and central bankers warn that cryptocurrency is a speculative investment. That is because it is an asset that is overvalued. In a recent article, Financial Times also highlighted the fact that bitcoin lacks a foundation to become an international currency. Another article called it a pyramid scheme much to the surprise of traders. Pyramid schemes are eventually bound to collapse if there are no new traders coming in.

Is Bitcoin Here to Stay?

This is a difficult question to answer and largely depends on whether crypto fits into the traditional roles of currencies. They act as both means of exchange and store of value. Currencies are also used as monetary policy instruments to regulate interest rates. Given the short history of bitcoin, it is difficult to tell whether the cryptocurrency can act as a store of currency. Its value is also volatile unlike standard, more reliable means of exchange. Third, cryptocurrencies are not issued by central banks, which makes it impossible to assess performance based on trade balance and inflation data. There is no way to tell whether bitcoin is expensive or cheap at any given moment. 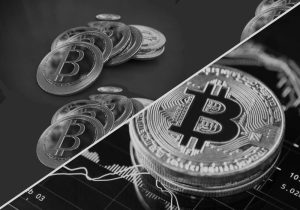 While many argue that crypto is not a viable currency option, others believe that bitcoin is here to stay. Notably, Anthony Hardy, research analyst for Franklin Equity Group points to the fact that technological advances and digital scarcity are the driving forces behind an alternative financial system that is to stay and experience growth.

What’s the Endgame of All the Speculation?

According to economist at Deutsche Bank Marion Laboure, less than 30 percent of the transactions in crypto are for the payment of goods and services. The remaining volume is investment, speculation, and trading. The problem is that bitcoin has a low liquidity as an investment instrument. Low liquidity means that it is difficult to sell, and investors may incur bigger losses as a result.

Jon Danielsson from the London School of Economics also explains that the current bitcoin hoarding and concentration of ownership can hypothetically result in a currency gap divide and give birth to the first multibillionaire. In this sense, the claim that the use of cryptocurrencies results in market democratization is ungrounded. In his view, virtual currencies cannot coexist with standard ones, and it is an all or nothing game. If bitcoin is to replace all the G20 currencies currently in use, then each bitcoin will be valued at $1.5 million. This would lead to a systemic crush. According to Danielsson, crypto is a bubble and while it makes sense to get the most out of it, it is wise to get out in time.

Bitcoin grew in popularity over the last ten years thanks to three communities of users – speculators, blockchain technology fans, and true believers. It was created with a philosophy behind it – it wouldn’t need a central bank to regulate activity. With prices skyrocketing, however, bitcoin became the next hype in investing and a vehicle of a financial system that it was designed to replace. 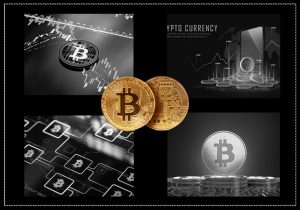 The main driver behind its success has been general distrust of financial institutions and the system as a whole. And this is precisely why bitcoin was launched – to take trust out of the system. The timing was also right. Bitcoin was created in 2009 when the global financial crisis cost millions of people their homes, savings, and jobs.

There is also the idea that the state and its systemic elements act as a force for violence. This would then mean that the currencies in circulation are a form of monopoly. Using a cryptocurrency is, in this sense, a form of opposition to state governments. Bitcoin mining is also part of this as traders look at it as a commodity and not as currency.

In 2019 bitcoin and other virtual currencies were already being traded by mainstream investors, hedge funds, venture capital firms, and bitcoin whales. And while crypto has become popular indeed, this came with a cost. For one thing, bitcoin mining consumes a lot of energy. According to estimates by the Cambridge’s Centre for Alternative Finance, electricity consumption accounts for around 0.65 percent of the annual global consumption. It also produces greenhouse gas emissions or about 22 – 23 million metric tons of carbon dioxide. This is the equivalent of the emissions generated by Sri Lanka and Jordan.

Bitcoin was created by a person known as Satoshi Nakamoto. No one has so far discovered who he is or was, and his identity has never been revealed or verified. The crisis in confidence in the financial system seems to have ended. Yet, the biggest winners appear to be the same people that a decentralized system attempted to disempower – banks and institutional investors.

Much is also to be learned about cryptocurrencies as an evolving technology. Additionally, some finance experts claim that there is a better approach to using a decentralized cryptocurrency. Consider Facebook’s own payment system Diem which is a blockchain-based type of a system. The idea behind it is to eliminate additional fees and transaction costs and to facilitate international payments. According to Professor Grundfest, former Securities and Exchange Commission commissioner, the adoption of a new currency would not reduce the cost of payment transactions. A better alternative would be to establish its own bank as the main financial institution for Facebook users. This would allow the company to create banking systems for different regions and states which will be better positioned to reduce costs and meet regulatory requirements. Once multiple banking systems have been created, they can be linked together to create a single global network.

Stable coins have also gained in popularity as means to back virtual currencies with a tangible asset. The problem with this approach is that it will make it easier for people to con the system because it is not as easy to control as traditional currencies. One possible use of cryptocurrencies is in states with weaker currencies where it may be better to invest in crypto than in local bonds and stocks.